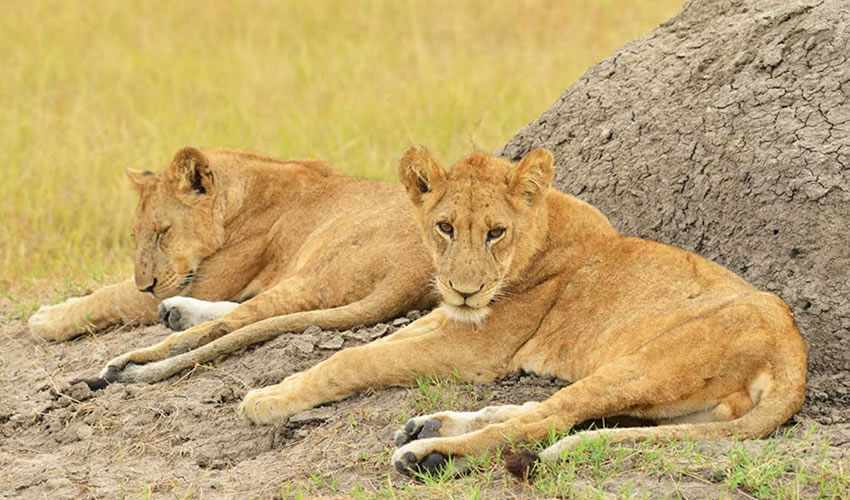 The Park is a world bio-sphere reserve (UNESCO 1979) includes a RAMSAR wetland site and is classified Important Bird Area (IBA) by Bird life International. Queen Elizabeth National Park has over 600 of Uganda’s 1027 species of birds (over a quarter of Africa’s bird species) more than any other park in Africa.

There is potential to view lions relaxing and elephants ambling and giant forest hog snuffing. Any visitor to this park cannot fail to be amazed by the enormous diversity in each kingdom of creation. It is simply a visual feast. Take a boat trip, a game drive, crater walk, a woodland walk or simply enjoy any of the myriad stunning views. Queen Elizabeth National Park provides unforgettable and unique experience.

Maramagambo Forest is one of the largest forests in Uganda forming part of Queen Elizabeth National Park. It is a medium altitude moist, semi-deciduous forest. Characteristics of such forest are increasingly becoming rare in Africa. It has very spectacular lakes and craters. It is the only place in the park where one could find Blue Lakes. Other features of attraction in the forest include; primate’s e.g. L’hoest’s monkeys, Chimpanzees, bush baby, baboons, vervet monkeys, red-tailed monkeys, etc. Due to its location, Maramagambo Forest has a high diversity of butterflies. The bat and the hunters cave are other pleasant experiences that the forest offers, and of course some forest birds.

The Northern Crater Area comprises a scenic area of explosion craters, some containing salt lakes, formed by volcanic activity some 8-10,000 years ago. Some of these craters are dry. These unique scenic vantage points are important as dry season watering points for animals. 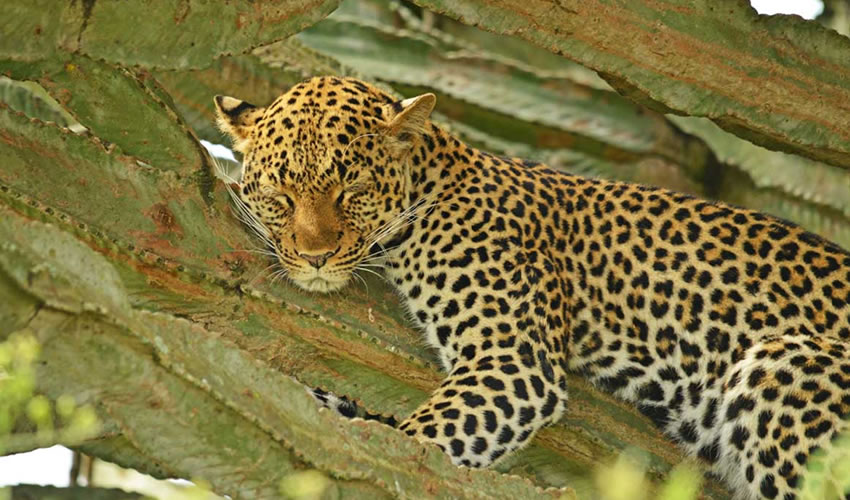 Early morning, evening and night game drives along Kasenyi and Queens Mile makes visitors encounter elephants, buffalo, water bucks, warthogs, lions, leopards, Uganda Kobs, lakes and a variety of birds. Visitors will be accompanied by the ranger guide on a safari vehicle with pop up roof which enables clients to sight animals while in the safari vehicle. With very many trucks designated for game drives at Queen Elizabeth National Park, visitors are able to view most of the animals in this park. 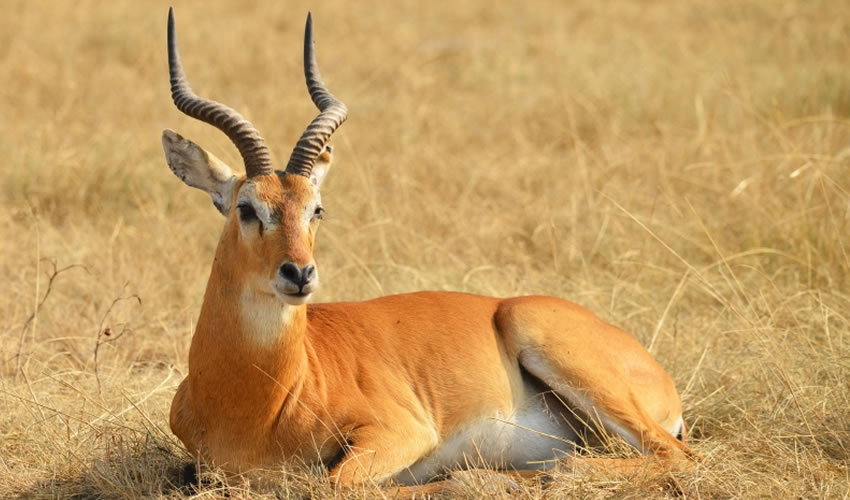 Boat cruise / Launch trips on Kazinga Channel down the shore of Lake Edward provides a unique vantage of viewing Savannah wildlife. A launch trip starts at Mweya the park headquarters along the Kazinga Channel, which joins the water flow from Lake George to Lake Edward for a distance of 32km. Truly, this is among the most exciting and memorable experience offered by the park. While on the trip expect to be thrilled by yawning hippos and closer views of water birds along the shores. Two hour Boat cruise along the famous Kazinga channel is worthwhile an opportunity to see Hippo, Bufallo, Kobs, Elephants, warthogs etc. This trip also enables visitor chance to see spectacular birds like Great White and Pink-Backed Pelicans, African Shoebill, Yellow Billed Stork, Great and Long Tailed Cormorants, Open-Billed Stork, Saddle Bill Stork, Darters, Black Crake, African Jacana among other bird species. The boat trips are scheduled and they start mostly at 2:00pm and 4:00pm. There is also one for 9:00am operating with the minimum of 4 (four) people on board.

Kyambura Gorge or canyon is one of the forests located in the heart of Queen Elizabeth National Park and it is a habitat to a variety of wildlife including the chimpanzees. The canyon or gorge was formed as a result of weathering and erosive activity of the river over a given time forming a deep cleft between escarpments. Most especially, rivers have a tendency of cutting the underlying surfaces hence wearing away rock sediments downstream. The forest developed in this escarpment and it has supported the existence of Chimpanzees in this forest. There are over 27 individual of chimpanzees at Kyambura Gorge which has enhanced the chimpanzee tracking activity in Queen Elizabeth National Park. The chimpanzee tracking experience is accompanied with a variety of primate species like red-tailed monkey, black-and-white colobus, baboons and vervet monkeys. The gorge is also known for its variety of bird species including various African skimmer, Ovampo sparrow hawk, Papyrus Gonolek, white winged warbler, martial eagle among other species.

The habituated chimpanzee tracking takes 2-4 hours with both morning and afternoon session. The morning session starts from 8:00am with the briefing from the ranger guide and there after you will be escorted to the forest to search for the closest creatures to human beings known as the chimpanzees. The afternoon session starts from 2:00pm and it ends in the evening. The activity costs USD$ 50 per person for both foreign residents and Non Foreign residents and UGX 30,000 for East African residents.

The experience birding guide will be organized and provided for the bird watchers to Queen Elizabeth National Park and the guide will spot most of bird species you need to discover in this park. Please if you did not see your favorite, tell it to your birding guide and he/she will sight it for you.  Some of the birding species at Queen Elizabeth National Park include Martial Eagle, Black-rumped Buttonquail, African Skimmer, Chapin’s Flycatcher, Pink-backed Pelican, African Broadbill, Verreaux’s Eagle Owl, Black Bee-eater, White-tailed Lark, White-winged Warbler, Papyrus Gonolek, Papyrus Canary, Corncrake, Lesser and Greater Flamingo, Shoebill, Bar-tailed Godwit among other species.

Nature walks involve walking in designated points in the Park. The clients will be escorted by the armed ranger guide to protect visitors, describe and spot both fauna and flora. Also, it is an opportunity for clients to view animals in a closer range and stretch the muscles as part of the exercise. The Nature walk points at Queen Elizabeth National park include the Maramagambo forest, Mweya peninsula, and Ishasha River. Nature walks at Maramagambo forest will expose visitors to the bat cave where thousands of bats rest. So, during the nature walks various animals will be spotted, birds and useful tree species and their uses will be spotted and described.

Alternatively, clients can be driven through Kampala, Masaka, Mbarara and Bushenyi road to Queen Elizabeth National Park. It will cost over 400km and 7 hours drive to reach the Mweya Peninsular which is the central activity point. In this route, clients will be able to visit and take photos at Equator in Kayabwe and Mbarara town will be the next stopover as you experience the cultures of the Ankole people at Igongo Cultural Museum.