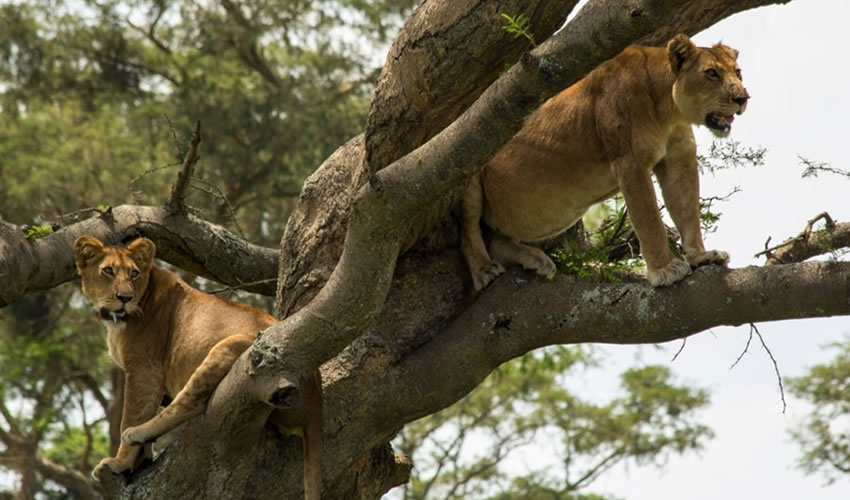 The landscape of Ishasha sector is mainly savannah grasslands and riverine forests, quite distinct from that in other parts of the park. 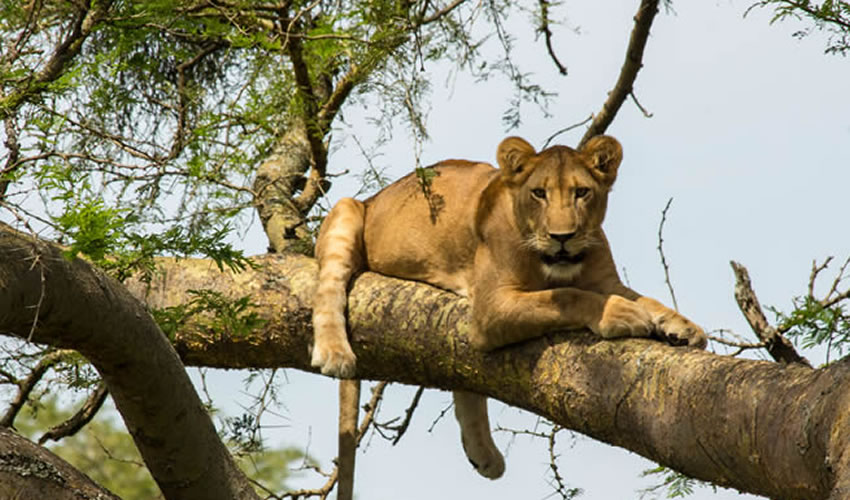 Tree Climbing Lions of Ishasha sector in Queen Elizabeth National Park are often times seen lurking around in trees in the park. Although not definitively clear why these lions like to climb trees, locals believe that the lions climb to get a clear view of their unsuspecting prey and to steer clear of the Tsetse flies on the ground. The lions usually climb trees during the wet season and about 3 prides reside in this part of the park.

In addition to the famous Tree Climbing Lions of Ishasha, visitors also encounter big herds of buffaloes, kobs, antelopes, elephants, hippos near Ishasha river among many other animal species.

Tree Climbing Lions can also be found in Lake Manyara National Park in the Southern part of Tanzania. 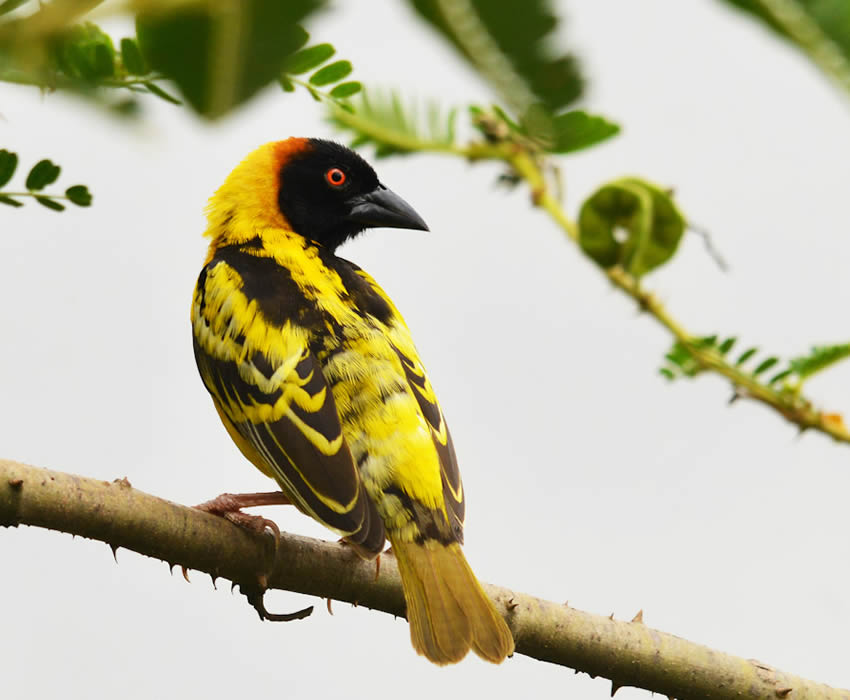 The road from Katunguru to Ishasha is seasonal and may be unreliable during the wet season necessitating the use of a 4×4 safari vehicle. The route via Kihihi and Ishaka is a rather more dependable one. Booking with a tour company in Uganda enables you to sit back and relax while they figure out how safely to get you there and back depending on your travel itinerary.

Why Uganda is known as The Pearl Of Africa

Why Uganda is known as The Pearl Of Africa can be traced through quoting Winston S. Churchhill from…