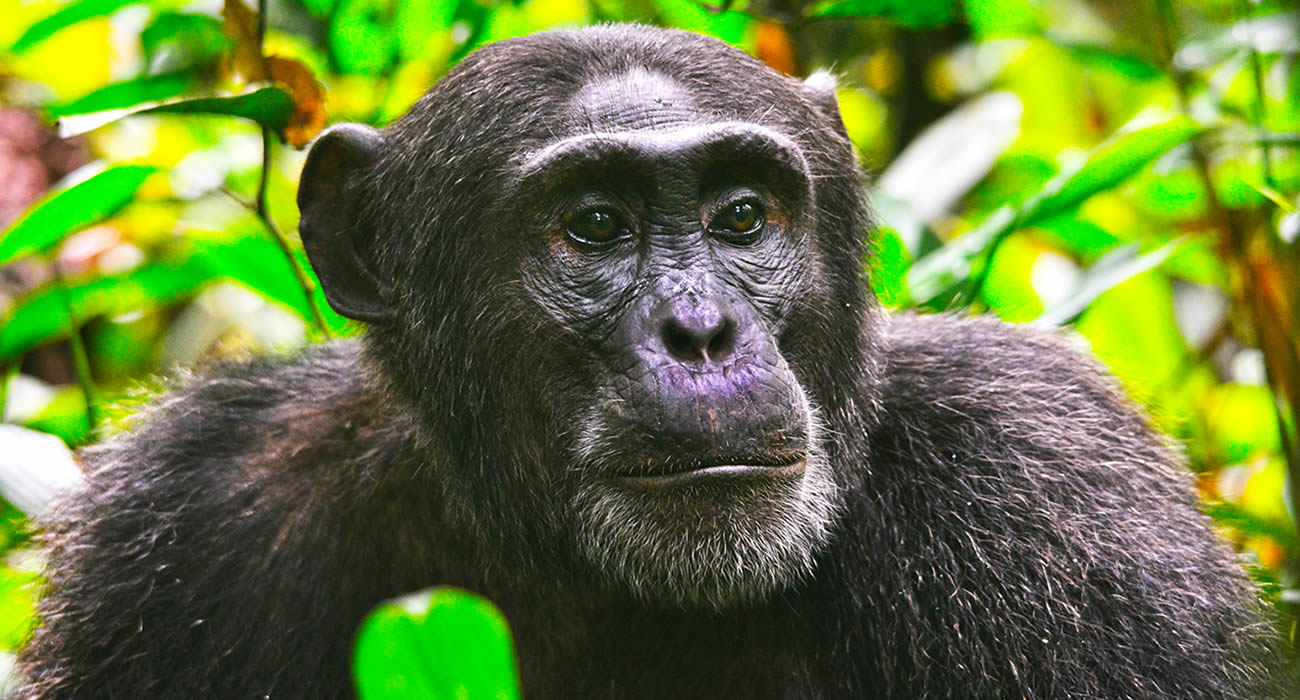 Kibale National Park is one of the few tropical forests remaining in Africa located in western Uganda with the biggest forest cover in Kabarole district. The 795km park contains one of the loveliest and most varied tracts of tropical forest in Uganda. It is home to a lot of forest wildlife, commonly 13 species of primates including  chimpanzees. Chimpanzee Tracking in Kibale National Park is the major tourist activity in this park. Forest cover predominates in the northern and central parts of the park on the elevated Fort portal plateau. Northern Kibale is the wettest area receiving an annual rainfall up-to 17000mm, south Kibale adjoins Queen Elizabeth National Park. 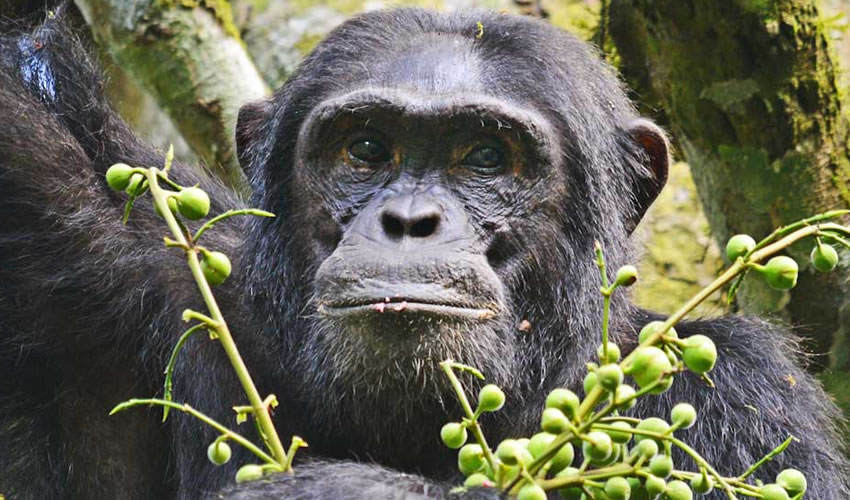 Kibale’s varied altitude supports different types of habitats ranging from wet tropical forest on the fort portal plateau through dry forest to woodland and Savannah on the rift valley floor around Kanyanchu in the central part of the park, the high forest contains a mixture of beautiful evergreen trees, trees rise over 55m and exhibit a semi closed canopy of stratified tree crowns. The under growth is sparse with shade tolerant herbs shrubs, a variety of ferns and broad leaved forest grasses. 351 tree species have been recorded in the national park.

The diversity and density of primates in Kibale is the highest in Africa. The most famous of the 13 species is the chimpanzee more Less like humans, it is also home to the rare l’hoest monkey and east Africa’s largest population of the threatened red colobus monkey others include black and white colobus and blue monkey. Chimpanzee tracking in Kibale National Park is a fascinating experience, chimpanzee as well as humans share over 98percent of their DNA, the average weight of an adult well grown male chimpanzee is between 35 and 70kilograms  With a height of approximately 3meters  where as an adult female weighs between 26 and 50kg and a height of 2and 4feet .a chimpanzee  life expectancy  is 40years  whereas those living in captivity extend to 60years ,they are sociable, intelligent, as well as communicable species, in surprise  Chimpanzees have the ability to utilize tools like rocks to crush nuts, empty pods for hollowing out water plus sticks for capturing termites from their holes. These skills have for long been passed from generation to another. Chimpanzees stay in groups of 10 to 100members, they baby sit each other’s young ones, The young chimpanzees become independent  at 4years these animals can be so aggressive  and violent when disturbed. They feed on leaves, seeds and flowers. 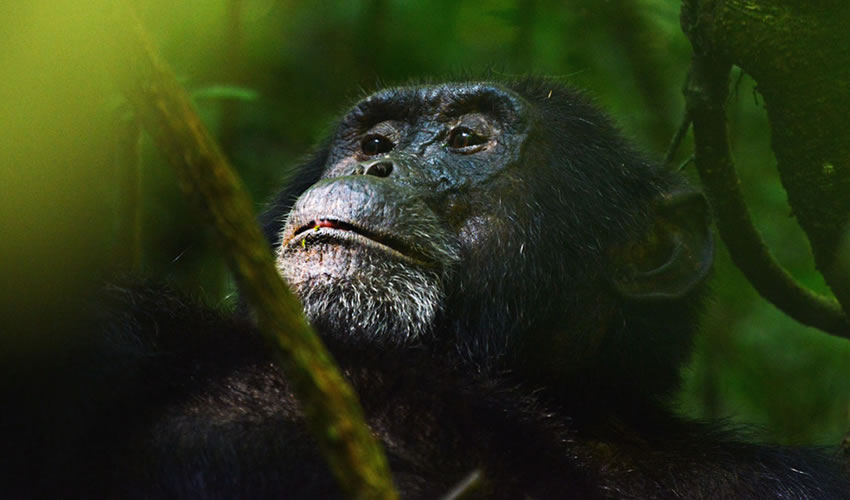 Kibale National Park is located in western Uganda 26km south east of fort portal town Kanyanchu river camp the primary center for tourism activities it can be reached from either Kampala from the north or via Mubende and Fort Portal or south from Mbarara. Accommodation is available, for instance Kibale Primate Lodge provides a choice of accommodation at Kanyanchu including some cottages, tree house and up market tented camp. Simple cottages are found at sebitoll, both provide campsites and canteens for basic meals to order.

Chimpanzee tracking in Kibale National Park is among the most interesting activities that one shouldn’t miss while on their safari to Uganda.

Research has brought man closer to the wild game. It is breathtaking for Wildlife enthusiasts…

Uganda has conducive all year climate, without a doubt she plays host to migrant bird…

Visit Lake Bunyonyi on your Uganda Safari. A drive to the Southwestern part of Uganda…