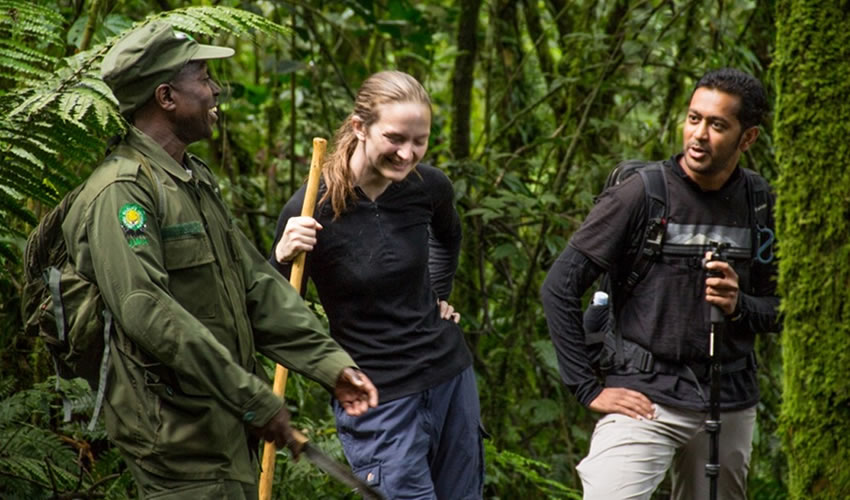 Uganda is a breathtaking country teeming with life, and we are thrilled about it. Whether you are hiking up the side of numerous hills and mountains or just soaking up the sun on the lake beach, think of African Pearl Safaris as the best friend by your side to help you have the best possible time! These are some of the Tourist Activities in Uganda, Things to do in Uganda.

Uganda is the best place to track close to 440 Mountain Gorillas. Bwindi situated in Southwestern Uganda is not only a fine montane forest birding in Africa but a primate habitat. Bwindi is best known for its excellent gorilla tracking, but it also provides refuge to elephant, chimpanzee, monkeys and various small antelope and bird species.

The variant biodiversity earned it a spot on the UNECO biodiversity list. Besides Bwindi, the 33.7 sq. kilometers Mgahinga National Park in Kisoro district is suitable for Gorilla tracking around the volcanic ranges. It is also the best spot to track golden monkeys. 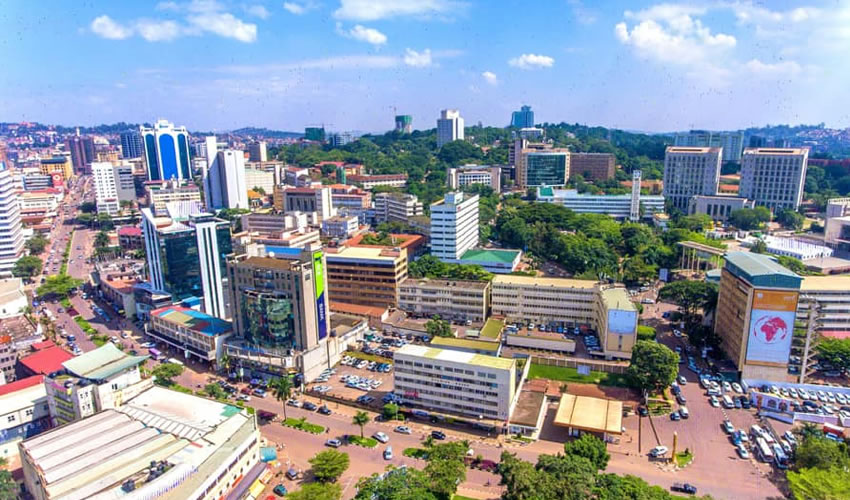 Kampala makes a good introduction to Uganda. Its a dynamic and engaging city where a Rolex is the best street side delicacy. If you are a swiss, a Rolex is not a watch but rather a chapatti rolled with eggs. Before the arrival of the British colonialists, the Kabaka had chosen the present day Kampala as a hunting reserve. It was composed of rolling hills with grassy wetlands in the valleys, was home to several species of antelope, particularly Impala . When the British arrived, they called it “Hills of the Impala”. The natives of the area, Baganda translated “Hill of the Impala” as Akasozi ke’Empala – “Kasozi” meaning “hill”, “ke” meaning “of”, and “empala” the plural of “impala”. In Luganda, the words “ka’mpala” mean “that is of the impala”, in reference to a hill, and the single word “Kampala” was adopted as the name for the city that grew out of the Kabaka’s hills.

Kampala was built on seven gloriously fertile hills that provide beautiful scenery and unique points of orientation and identity. It boasts of Ghadaffi mosque, the second largest mosque in Africa; The UNESCO World Heritage listed Kasubi Tombs is of great importance to the Buganda kingdom as the burial place of its kings and royal family. The huge thatched-roof palace which is currently undergoing construction after having been burnt down a few years ago was originally built in 1882 as the palace of Kabaka Mutesa I, before being converted into his tomb following his death two years later. Kampala has more historical, cultural and religious sites that are important to city tourists, academics and faith based tourists such as Bahai Temple, Rubaga Cathedral.

A visit to the Equator is one of the Tourist Activities in Uganda and is an opportunity of a lifetime if you do not originate from the 13 countries including Uganda crossed by the imaginary line. The equator is the point where we divide the north and south hemispheres. It is also the starting point for navigation. Lines of latitude originate at the equator and continue to the North Pole, 90 degrees north, and to the South Pole, 90 degrees south. 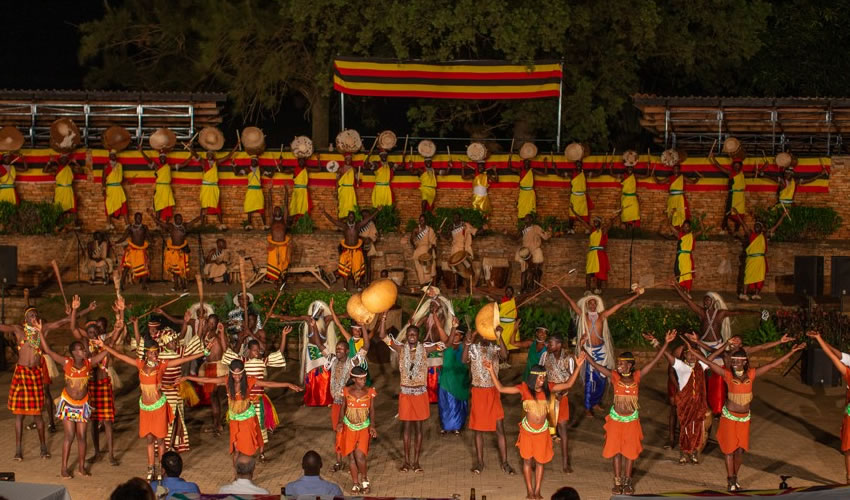 Uganda is an incredibly beautiful country with a culture comprising of a diverse range of ethnic groups. The diversity is the highest in the world. Cultural Tourism in Uganda is indeed one of the popular Tourist Activities in Uganda. The Bantu speaking people dominate most of the east, central and southern Uganda. In the north live the Luo, to the east are the Itesot, Bagisu who practice circumcision for young males as an initiation to manhood, and Karamojong who speak a Nilotic language. A lesser number of pygmies called the Batwa live in the edges of Bwindi Impenetrable Forest in Southwestern Uganda. Uganda is ethologically diverse and we often encourage our tourists to experience and appreciate at least one of the 56 plus tribes. Our reputation as Africa’s friendliest stems partly from remarkably special traits and believe in our cultural values.

Source of the Nile Tour 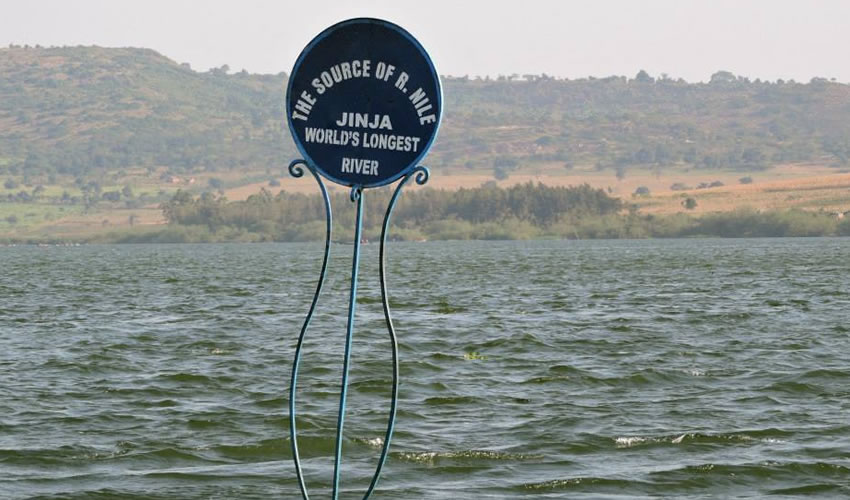 Uganda harbours the source of the Nile, the longest river in the world. The source was discovered by John Hannington Speke on August 3rd, 1858. The presence of the Nile in Jinja has attracted the development of adventure sports which have turned Jinja town as the adventure Capital of East Africa. Activities such as Bungee Jumping, Zip lining, White water rafting, Kayaking, Jet boating are all best enjoyed along the Nile River in Uganda.

Lake Victoria is Africa’s largest lake with surface area of 26,600 square miles. It is the world’s second largest freshwater lake measured by surface area. The only larger freshwater lake is Lake Superior in North America. The lake is surrounded with the best beaches in Uganda and has a stunning archipelago of Ssese which are ideal for beach holidays, beach sports and relaxation. Lake Victoria, popularly known as Nalubaale by the natives of Uganda offers an opportunity of catching a 100 Kg Nile Perch, and speed boating. 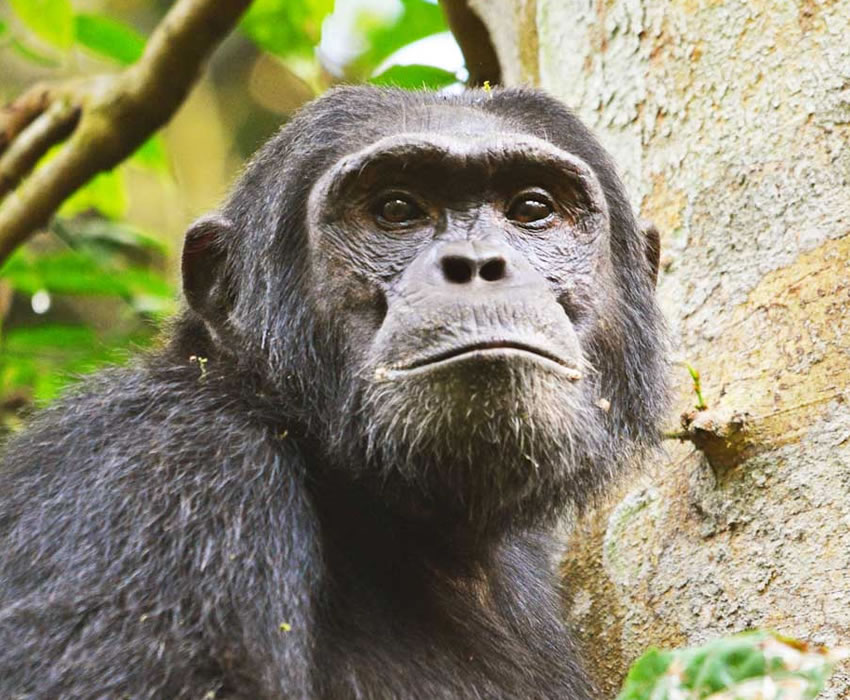 There is no better way to describe this experience than that of Stuart Butlers piece in the lonely planet. He wrote: Uganda’s biggest tourist draw is of course the mountain gorillas, but these aren’t the country’s only great apes. Humankind’s closest relative, the chimpanzee, is found in a number of areas of Uganda. Some of these groups have been habituated to human contact in the same way as the gorillas, and although their more energetic lifestyle and unpredictable nature makes them slightly less approachable, there is no doubt that hanging out with chimps is one of life’s great experiences.

Plan a wildlife safari in Uganda which in 2012, was ranked as the top tourist destination…