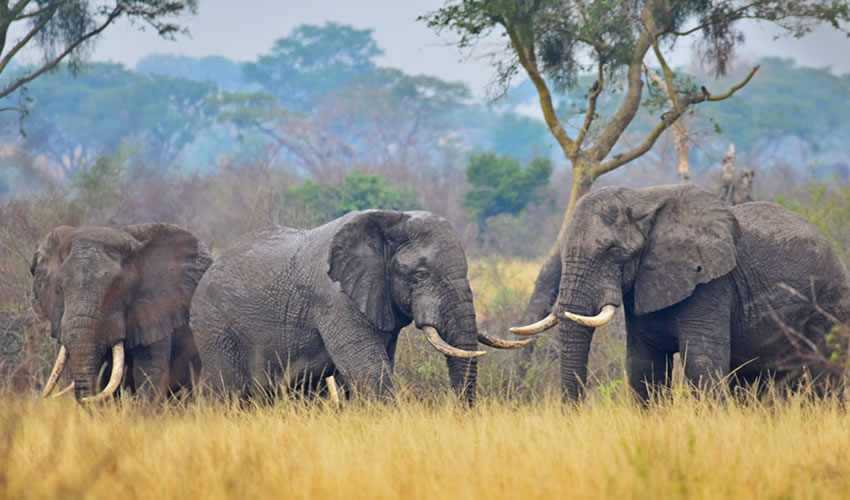 Uganda is richly blessed with stunning tourist attractions diversely spread out throughout all national parks. Here are the top 5 tourist destinations in Uganda that most tourists from around the world love to visit when they visit Uganda. 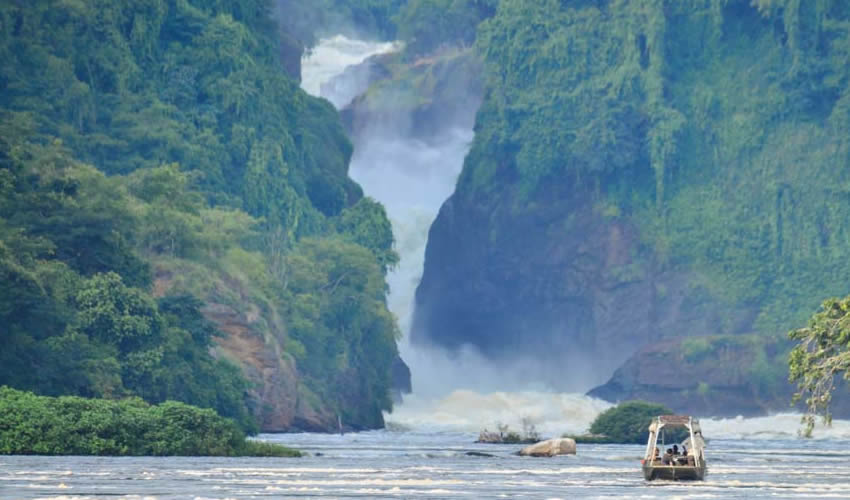 The park is located in the northern region of the Albertine Rift Valley in Masindi district of western Uganda situated 300km by road northwest of Kampala. The Murchison Falls also known as Kabarega Falls is where the Nile bursts through the narrow gorge and spreads down to a placid stream flowing into Lake Albert. Hippos, crocodiles and water bucks throng the banks of the stream.

Murchison Falls National Park has got a spectacular view with the huge waterfalls roaring and finding their way within the small slit of 7 meters or 23 feet wide between the rocks and this is the connect point of Bunyoro escarpment and Acholi plains. Also in the park adjacent to the Masindi-Gulu high way are the magnificent Karuma Falls.

Wildlife mainly include; elephants, buffalos, lions, giraffes, chimpanzees and many others. Vegetation is commonly savannah, woodland and riverine forest.

In Murchison there are four of the big five; buffalos, lions, elephants and leopards are mostly seen in the northern part.

Boat rides are usually arranged and operate from Paraa to the foot of Murchison Falls, they always take 3 hours which gives you a clear view of the hippos, crocodiles and the wildlife that is always close to the falls. 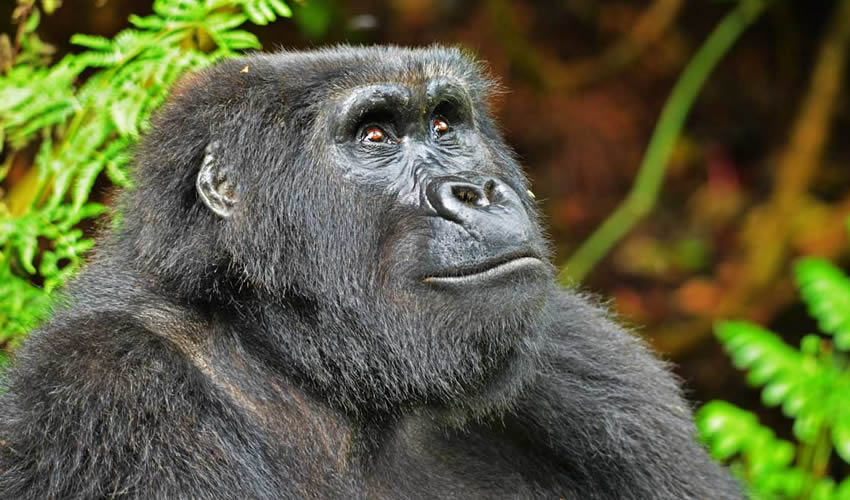 Bwindi Impenetrable National Park was gazzetted in 1991 and lies in south western Uganda, covering 321km2. The mist covered forest is home to over 400 mountain gorillas which is more than half of the world’s population of the remaining mountain gorillas and these compose the main attraction of the park. There are 11 habituated Gorilla groups/families in Bwindi. Gorilla Trekking in Bwindi is one of the most popular tourist activities and this makes Bwindi one of the top 5 tourist destinations in Uganda.

Besides the mountain gorillas, the park is also home to about 120 species of mammals, 360 species of birds, 200 species of butterflies, 324 tree species and 10 of these cannot be found elsewhere in Uganda.

Bwindi Impenetrable National Park is not to be missed on your travel itinerary, besides the main highlight [gorilla tracking] there are quite number of activities that you may be engaged in. There are different community initiatives that arrange these tours; Buninga forest walk, nkuringo cultural center, Rubuguri village walk, nyundo community eco-trails, NCCDF among others. 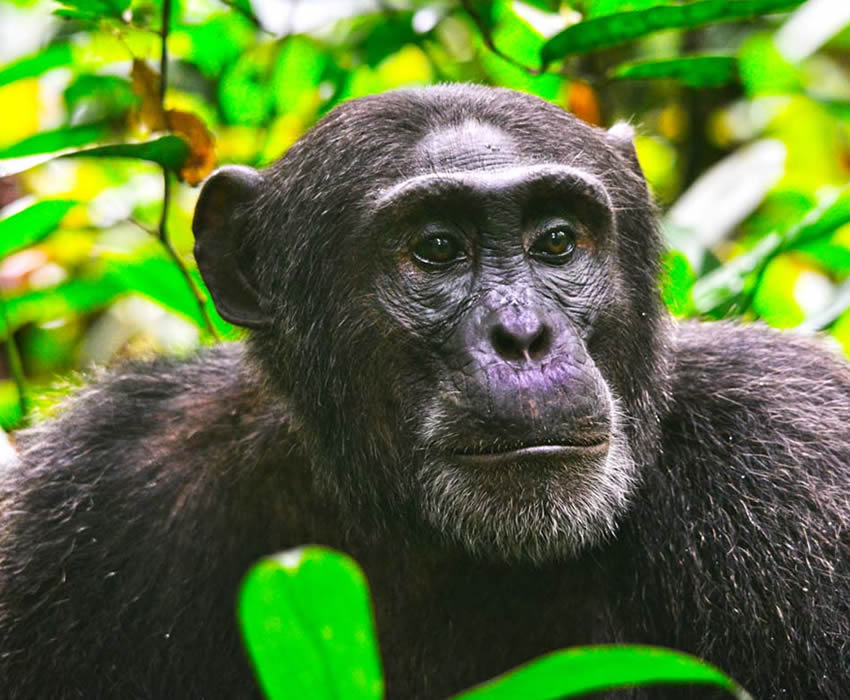 Kibale National Park was gazzetted in 1932 and is located in western Uganda covering about 795km2. This park is one of Africa’s foremost research sites for chimpanzees and other primates, eco systems, wild pigs and other topics. Kibale’s southern part adjoins Queen Elizabeth National Park and creates a 180km wildlife corridor which stretches from Ishasha sector to the distant southern part of Queen Elizabeth National Park along with Sebitoli Forest located in the northern part of Kibale with an array of landscapes.

Kibale is one of the best safari destinations in Africa for chimpanzee tracking and other primates coupled with the most beautiful tropical rainforest. It has a pleasant climate almost throughout the year, the wettest area being the north of the park receiving an average annual rainfall of about 1700mm especially in March-May and September-November.

Queen Elizabeth National Park is one of the most popular tourist destinations in Africa as well as the most visited national parks in Uganda. The park which is commonly known as “medley of wonders” is an ideal habitat for big game, 10 primate species and over 600 birds’ species.

The park gives you spectacular views of Rwenzori Mountains, Kazinga Channel, the large area of the swamp, the beauty of open savannah around Lake George, the beautiful crater lakes and a lot more.

Queen Elizabeth National Park spans the equator with the monuments on either side of the road which marks the exact point where it crosses latitude 00.

Besides the remarkable wildlife attraction, Queen Elizabeth National Park is also proud of attractive heritage and cultural history. Tourists usually get an opportunity to visit local communities with the help of local tour guides and entertainment in terms of music and storytelling is offered to them. This will definitely leave the visitors yearning for more. 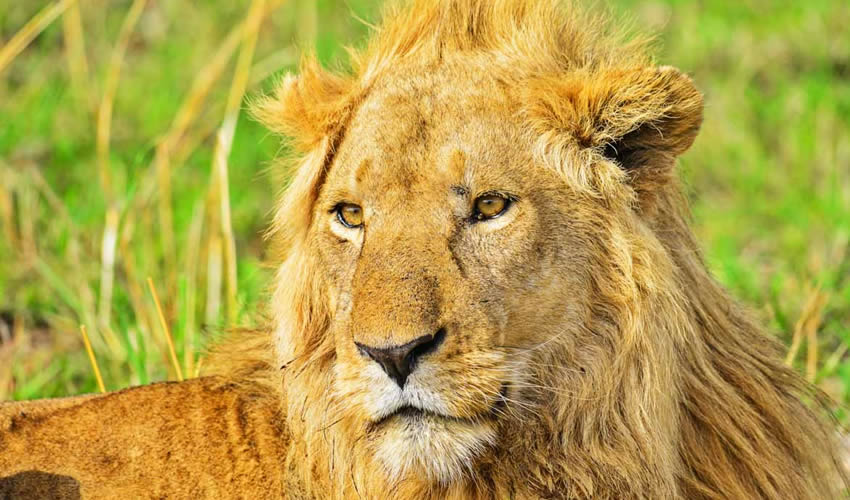 The park which was gazzeted in 1962 and covers a surface area of 1442km2 with an altitude between 914 and 270m above sea level. It is located in a semi-arid area between Uganda borders with Sudan and Kenya. This blissfully remote and stunningly beautiful park is quite unvisited compared to the rest of the national parks in Uganda. Kidepo is an ideal home to big game, over 70 mammal species as well as 475 bird species and contains two rivers of Kidepo and Narus that dry up during the dry season.

Dodoth pastoralists and IK farmers lived in the area before it was gazzeted as a game reserve in 1958 by the British Colonial Government and the purpose was to protect the wildlife from poaching and prevent further clearing of the bush for tsetse fly control. In 1962 the game reserve was renamed Kidepo Valley National Park.

Although tourists are allowed to visit the park throughout the year, the best time would be during dry season (January – May and October – December] and it is usually advisable to use 4WD vehicles to avoid any inconveniences caused by bad roads. Always seek advice from your tour operator in Uganda on how best you can access the park.

These Uganda National Parks may be the top 5 tourist destinations in Uganda but Uganda has got so much more to see and do.

Gorilla Trekking Experience in Uganda is one of the most popular tour activities in Uganda.…

Visit Rwanda The Land of A Thousand Hills.

© 2022 African Pearl Safaris. All Rights Reserved.
You cannot copy content of this page
Back To Top
×