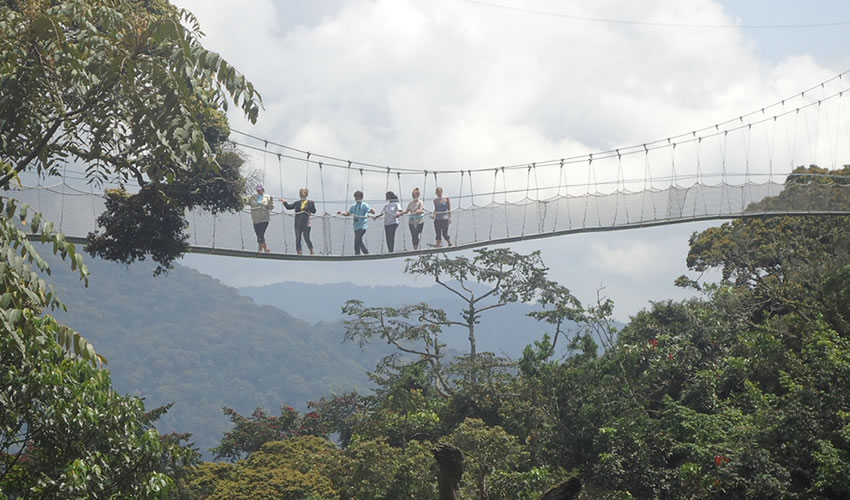 Visit Rwanda, The Land of A Thousand Hills and visit Kigali Genocide Memorial Centre, Gorilla Trekking in Parc Des Volcans, Game drives in Rwanda National Parks. The republic of Rwanda located in East Africa, is one country everyone should find time to visit in their lifetime. Kigali, its capital is by far the cleanest city there is and the people are not only very friendly but they have been known to be among the best looking ones in the region.

Rwanda had its problems in the past and suffered genocide in which people were killed by the thousands, and thousands more were displaced. The country which was once referred to as a failed state has come a long way to experience political stability and flourish as one of Africa’s fastest growing economies with a booming tourism industry. The level of cleanliness is unmatched to say the least and this is partly thanks to the Umuganda initiative every last Saturday of the month where people close their businesses in the early morning hours and clean up their streets, roads, trenches until they are spotless. The interesting thing is that this is voluntary and the willingness and patriotism of the people can certainly leave you speechless. In fact, Rwanda is a country that the rest of the world can learn something from.

Having been colonized by the French, most people, in addition to the Kinyarwanda national language also speak French, and of late English has been introduced and many are already comfortable speaking it. Therefore language barrier is likely not to be a problem to a visitor and getting around can be quite easy.
There is so much to see while on Kigali city tour alone and this includes the genocide memorial center, among many other things. A typical Kigali city tour would go something like this; visit the Kigali Memorial Centre which is a site of burial for around 250,000 victims of the genocide, which comprises of a main historical exhibition, a Children’s Memorial exhibition and an exhibition on comparative genocide, called Wasted Lives. It also has over four acres of memorial gardens containing ten mass graves, as well as the National Genocide Documentation Centre then after Continue to Nyamata Church-Genocide memorial site; this is the church where about 2500 people were killed. It reflects how women were brutalized, raped and mistreated. People from different areas had gathered in this Catholic Church and locked themselves inside to protect themselves from the ruthless people, but unfortunately, luck was not on their side as they were found and slaughtered. The place shows the brutality that happened in the 100 days genocide. Thereafter, stay at Hotel Chez Lando (Mid Lodge facility) for overnight and dinner.

Rwanda is one of the few places on Earth where Mountain Gorillas can be found. People travel from all around the world to see firsthand this unique gift of nature. In the morning, with packed lunch, you will go for pre tracking briefing at the part headquarters before going for the gorilla tracking adventure in the forest. Tracking may take 3-4 hours for which the guide shall try and secure for you depending on the movement of the gentle giants. Stay in the presence of the gorillas for a maximum of one hour before returning back to your Lodge. Dinner and overnight at Jack-Hanna cottage/ Gorilla Nest Lodge (High end) is appropriate.

There plenty of other animals found in Rwanda National Parks and these include Golden Monkeys, Elephants, Buffaloes, Leopards, Zebras among many others. Bird species are also vast and bird watching can best be enjoyed on a boat cruise along Lake Kivu or during a Canopy walk in the forests.

Rwandair, Rwanda’s national air carrier has played a significant role in making the country easily accessible to the outside world thereby boosting tourism and improving the country’s economy.
There are many tour companies which are in position to get you there, take you around and move you out with no problems whatsoever. More so, these companies are given special rates hence making it cheaper and more flexible to book a safari with a tour company than without.

Hiking to Sipi Falls on Mount Elgon in Uganda