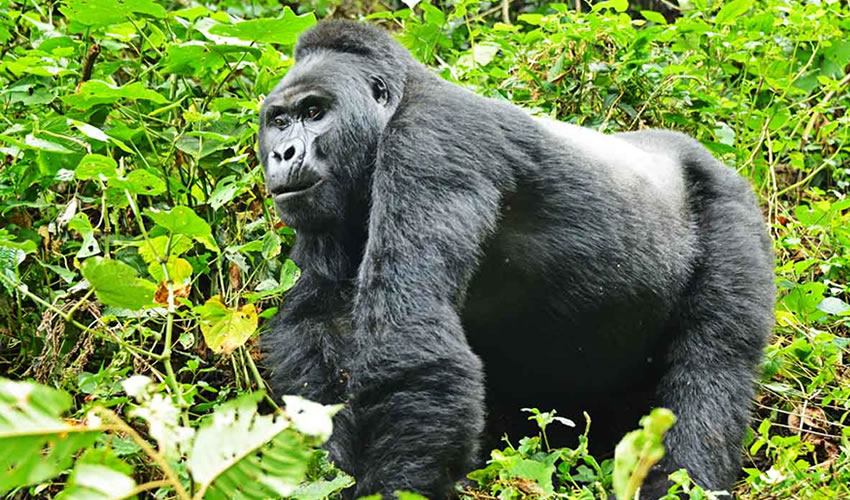 By 1960s as Rwanda and Congo gained their independence the park was divided and Rwanda got almost half of its original size which is the current Volcanoes National Park. The park was also a base for a zoologist Dian fossey who spent most of her time with the gorillas before she was murdered.

Rwanda faced hard times during the war which largely affected tourism thus in a bid to boost / revamp conservation and gorilla safaris in Volcanoes National Park, the annual naming ceremony for baby gorillas known as “Kwita Izina” was introduced in 2005.

The park is mainly popular for Gorilla Trekking Safaris in Rwanda is home to a number of endangered mountain gorillas, golden monkeys, large number of bird species, mammals.

A Quick Look at Gorillas:

Accommodation / Where to stay in Volcanoes National Park:

There are a number of accommodation facilities in Volcanoes National Park and these include;

Things to do and see around Lake Mutanda

Lake Mutanda, located in Uganda, the Pearl of Africa, in the southwestern district of Kisoro…

© 2021 African Pearl Safaris. All Rights Reserved.
error: Content is protected !!
Back To Top
×