Nakayima Tree is an ancient tree regarded as a witch tree located at the Nakayima Tree Heritage Site in Mubende. The base of which has large root buttresses forming nooks that can easily be seen on top of Mubende hill about 4 Km to the west of Mubende town. 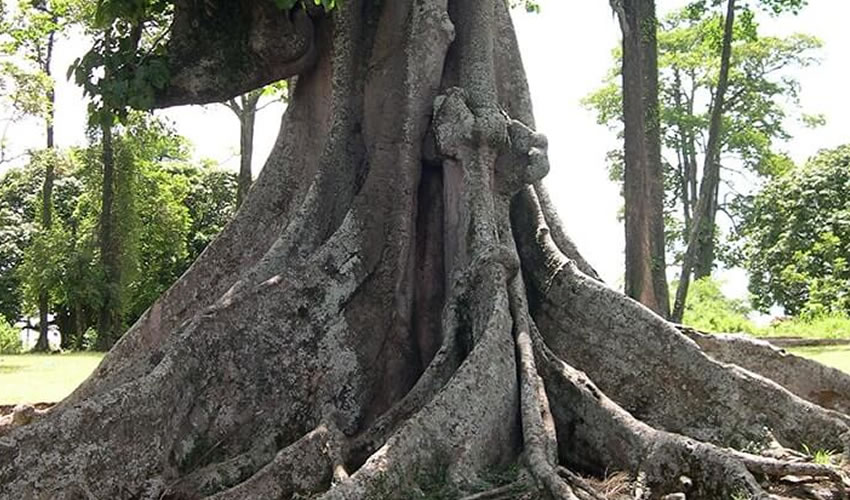 The hill on which it lies is close to 215 metres, with a flat tabletop where the ancient palace once stood. The hill provides an excellent view of Mubende town and the surrounding area. The shrine is visited by people paying homage to the matriarch Nakayima of the Bacwezi, a dynasty said to have supernatural powers, and who have passed into legend as demi-gods. Nakayima is believed to have died in 1907.

At the tree you can make a wish by giving a coffee bean and small donation which is placed into nooks formed by the trees roots – a local lady is on hand to explain the shrine. Local people with important wishes may offer chickens, sheep, goats and, reportedly, even cows.